This was the first ESCCA event, organized in March 2021. Featured speakers were active Euroleague and NBA strength coaches.

The recordings of the Summit are available for purchase! Please contact us for further information 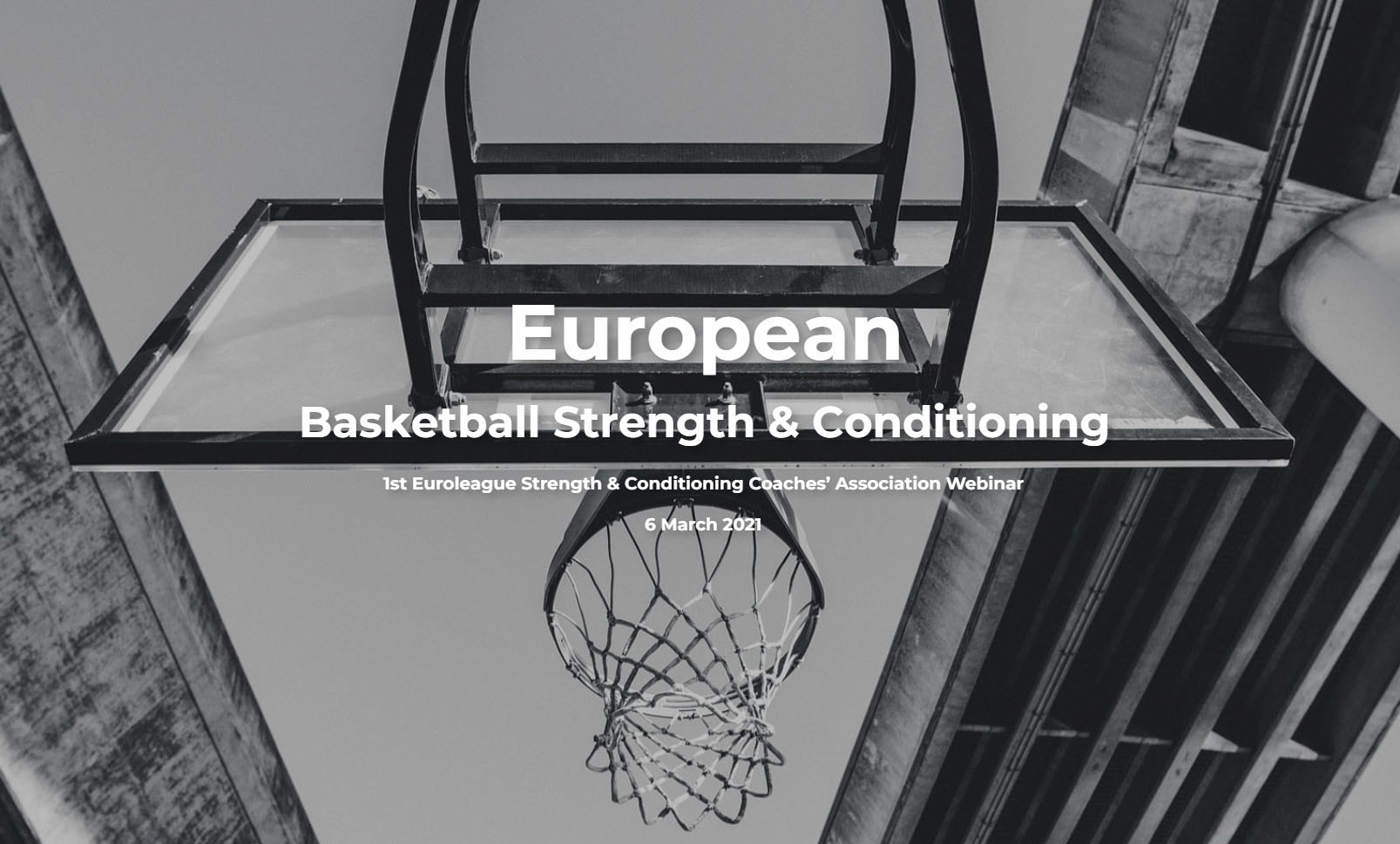 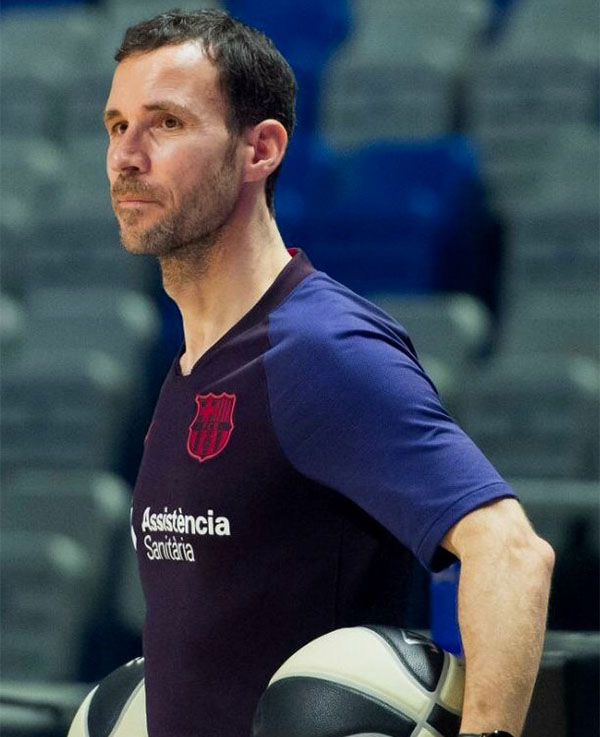 Jairo Vázquez is currently the strength and conditioning coach for the Barcelona Basketball Professional Team, being in charge of player physical performance and load monitoring. He is a member of the Department of Sport Performance at FC Barcelona and has also worked as the strength and conditioning coach for different Spanish National Basketball teams (U13, U16, U18 and U22).

Jairo holds a degree in Physical Activity and Sport Sciences from the Physical Education National Institute in Barcelona, Spain and is a PhD holder with his thesis titled “Adaptations of strength training in different instability conditions”. He also obtained a Professional Master in High Performance in Team Sports (Barça Innovation Hub, Inefc and Byomedic System) leaded by Paco Seirul.lo. Finally, Jairo is a Scholarship recipient from the Sports Council of Spain for The ALTITUDE Project in swimming.

Coach Vasquez is a frequent speaker at local, as well as international educational events covering topics in sport performance, fitness and health. He has also authored scientific articles about basketball monitoring loads and resistance training with rotational inertial devices.

Kostas Chatzichristos is currently the Director of Performance at CSKA Moscow Basketball and is responsible for player athletic development and rehabilitation. The two times European Champion with CSKA has held similar positions in elite basketball teams in Europe (Olympiacos BC, Panionios BC) and the US (University of Georgia). Since, 2021 he joined the Greek National Men’s team in the staff of coach Rick Pitino.

Kostas is also a co-founder at Performance22Lab, a state-of-the-art rehabilitation and performance center located in his hometown Athens, Greece, where he has been training athletes of all levels, ages and different sports. He is mostly known for his ongoing work with professional basketball players, as he has work with some of the best male and female basketball players of this generation helping them perform at their best or/and rehabilitate from injury.

A frequent speaker at international and national educational events, Kostas has also authored numerous articles in fitness publications and has produced educational products for coaches and athletes. 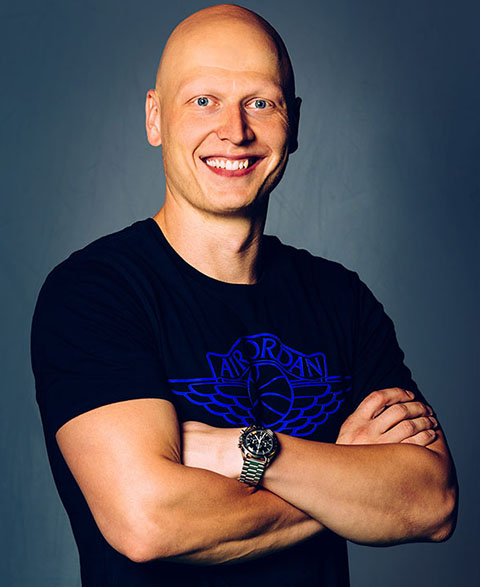 Luka is an enthusiastic physical performance specialist, S&C coach, international author and lecturer. He earned his Master of Kinesiology degree from the Faculty of Kinesiology at the University of Zagreb, having won multiple awards for exceptional study achievements. During his master studies, Luka also studied as an exchange student at Jan Komensky University’s School of Physical Education and Sports in Slovakia as well as at the School of Medicine at Lund University in Sweden. He did his first full-season internship as a S&C coach in the basketball club of Zagreb. After graduation, Luka was accepted for a lecturing position at the University of Zagreb.

Coach Svilar has worked with athletes of different sports and levels, mainly in tennis, soccer and volleyball although his primary focus has always been on basketball. After his internship, he worked with youth and senior teams in Croatia and won a gold medal with the U18 team at the Eurobasket Championship in 2012. Luka also spent one season in Turkey acting as a strength and conditioning coach at Türk Telekom Basketball. In 2016, he moved to Vitoria-Gasteiz, Spain to work with Baskonia, one of Europe’s most iconic basketball teams.
While an active coach at Baskonia, Luka took the next step in his academic education by successfully defending his PhD project called Load monitoring and management in elite basketball at the University of the Basque Country in Vitoria-Gasteiz 2018. As a recognition of his academic achievements, Luka received the annual FIEP Vladimir Findak Award (fr the academic year 2017/18) for young researchers for his notable achievements in science.

Besides coaching, field-related writing is another passion of Luka. He has published several papers related to sports training, physical performance, injury prevention and load monitoring and he has also co-authored the book Functional movement preparation for basketball.
Luka’s professional goal is to help players achieve and maintain their peak physical performance as well share his knowledge with other enthusiasts in the field. 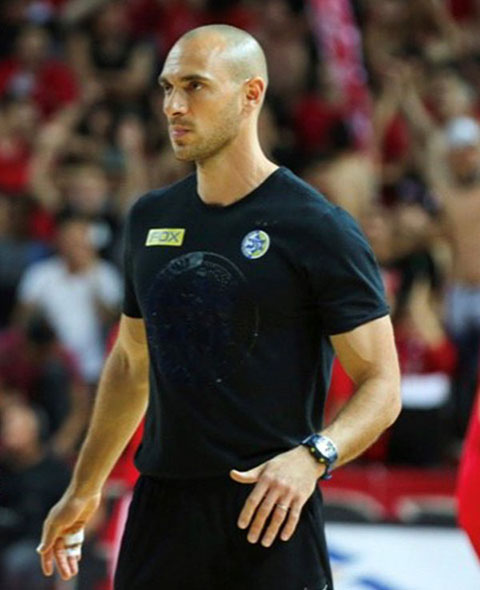 Regev “Reggie” Fanan is the Head Strength and Conditioning Coach of the legendary Maccabi Tel Aviv Basketball Club since 2015. Before he was named head strength coach, he was an assistant at Tel Aviv for three years and part of the team that won the 2014 Euroleague trophy. Apart from Maccabi, Reggie has worked as head strength and conditioning at the Israeli Women National Team and personally trains elite basketball and soccer players that seek to maximize their athletic potential.

Fanan is a graduate of Zinman school for coaches and the Wingate Institute with a specialization of strength and conditioning for basketball and soccer. He also attended the Tel Aviv University School for Coaches studying weight training. Reggie’s extensive experience in basketball includes him being a professional basketball player for eight years, again in his beloved Maccabi, when he has won three Euroleague titles. 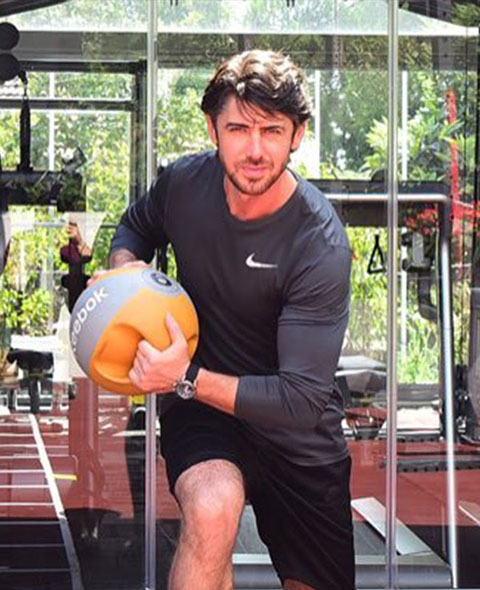 Ozan Sirikci is the Head Strength and Conditioning Coach of Anadolu Efes, one of the top teams in Turkish Airlines Euroleague, a position he holds since 2013. He is responsible for player evaluation, injury management and of course, strength and conditioning program design.

Coach Sirikci has extensive experience in working with elite basketball teams since he has held similar positions in Fenerbahce , TrabzonSpor and Ulker – Alpella. During 2009 – 2013 season he was the head strength and conditioning specialist for the both Men’s and Women’s Turkish Basketball National Teams. In 2012 he participated with the later in the London Olympics. Ozan also had the opportunity to work with many competitive athletes of different levels and abilities helping them improve their physical performance and/or recover from injury.

A graduate of Osmangazi University – Medical Faculty with a specialization in General Human Physiology and Exercise Physiology, Coach Sirikci also holds a degree in Physical Education and Sport Science from Anadolu University. His love for learning and personal development has led him around the world where he studied human performance in diverse environments like EXOS ( former Athlete’s Performance) , Functional Movement Systems and Cybex International. He also holds certifications in track and field coaching, basketball and pedagogy.

Ozan is a frequent speaker in training and physiotherapy science in seminars, conferences and workshops in Turkey and around the world. 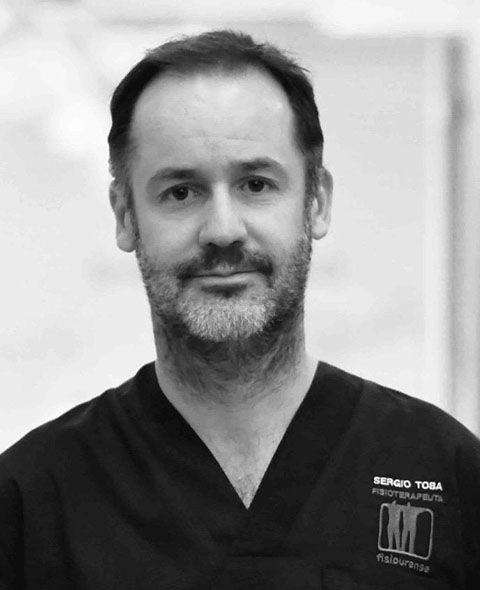 Sergio Toba is a physiotherapist and osteopath who has been working in elite basketball for the last 25 years.

During these years he has been linked to teams in ACB (Club Ourense basketball), Spanish Basketball Federation 1998-2008 (Olympic Games of Athens 2004 and Beijing 2008, European Championships of Sweden 2003, Serbia 2005 and Spain 2007 and the World Championship in Japan 2006), External advisor to Khimky Basket of Russia in 2014-16 and 2019-20 (Vtb league, Eurocup and Euroleague) and personal physiotherapist of José Manuel Calderón (NBA player) between 2016-2019 (Lakers, Hawks, Cavaliers and Pistons).

Sergio is a founding member of SATTA (Spanish Athletic Trainer and Therapy Association). Coach German Andrin boasts 25 years of experience as a strength and conditioning coach working in basketball as well as other team sports. As a member the Venezuelan Basketball National Team, he participated in two Olympic Games (London -2012 and Rio – 2016) as well as the Pan-American Games in Toronto in 2015. From 2016 to 2018 he worked as a strength and conditioning coach at Fuenlabrada BC competing in the ACB (Spanish Basketball League) and during the 2019-20 season he joined the Russian club of Zenit BC which competed in the VTB League as well as the Euroleague.

Andrin is a frequent speaker at international events and courses covering a variety of topics regarding athletic development, programming and load monitoring. He is also a professor of physical education at the San Martin University, Argentina and a Strength and Conditioning Coach Level 1 and 2 (Litoral National University, Argentina. 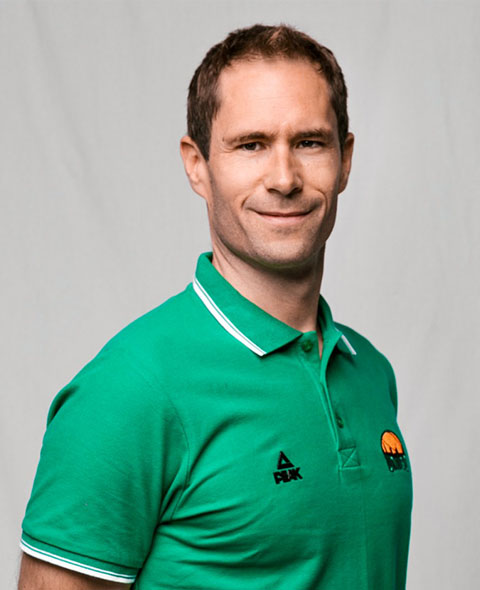 Jure Drakslar graduated as a Strength and Conditioning Coach at University of Ljubljana, Slovenia. Currently he is working as a S&C coach and rehabilitation specialist at UNICS Kazan.

Prior to UNICS, he held the same position at Khimki Moscow region. Jure started his professional career 18 years ago at BC Slovan where he was 5 years responsible for athletic development of one of the best European prospects, among which were Goran Dragić, Zoran Dragić, Jan Vesely and others. Before going abroad Jure was working 3 seasons as S&C coach at BC Union Olimpija youth teams. In the meanwhile, he was hired to establish S&C system and educate local S&C coaches at BC Spars Sarajevo and BC USK Praha. Before joining BC Khimki in 2018, he was 3 seasons S&C coach at the top Polish basketball team BC Zielona Gora, which was at that time playing Euroleague and Eurocup and later FIBA Champions League.

Besides performance training and rehabilitation, Jure has a great passion in continuous education and passing his knowledge and experience to others who are willing to learn. 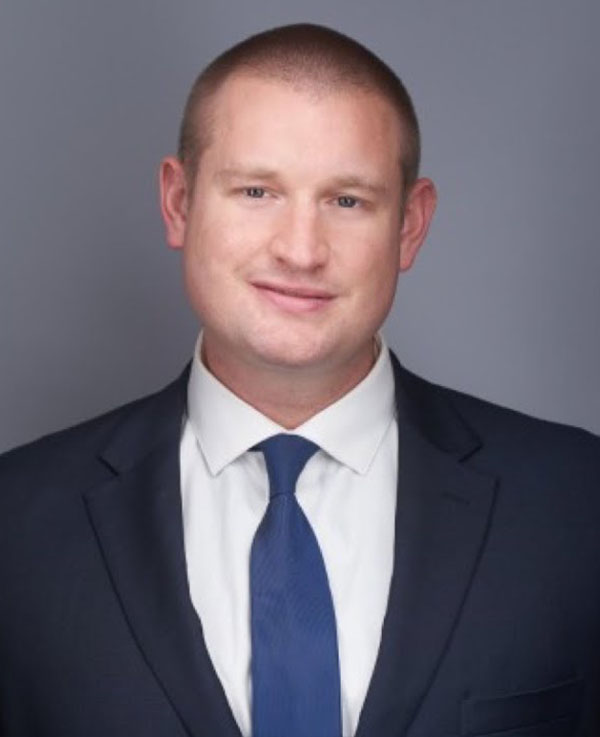 The recordings of the Summit are available for purchase! Please contact us for further information

Learn how the Euroleague physical performance coaches train their players and prepare their teams in world class events.